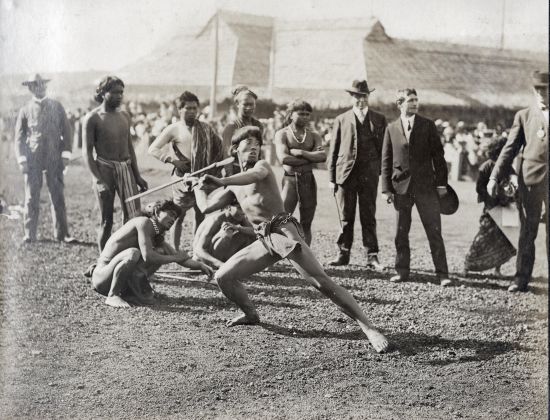 What if – crop-devastating drought takes place more and more in the world, natural disasters with incredibly destructive earthquakes and storms take place – and war between nuclear armed nations take place?

What if society collapses and much of the world finds itself in a second “dark ages”?

What if the much talked about “apocalypse” or “Tribulation” takes place? (The “Tribulation” is a term used by Jesus in the Bible to describe the end times period of God’s wrath before the “re-birth” of earth where he is now king.)

There have been many “post apocalyptic” shows and survival movies – especially in recent months – that set their story lines in a time following some kind of catastrophic disaster or disease epidemic, where people are now left to fend for themselves in a world that has been turned upside down, quite suddenly. These stories center around survival, with survivors living as scavengers as they flee through cities, neighborhoods, and small towns, and conflicts with others (usually the “bad guys”) that are taking advantage of the chaos to rob, rape, and murder.

A Land Of Guns … Without A Gun

Today America is a land where many own guns and many of these gun owners stockpile weapons. Most consider themselves good-hearted Americans but in a time of mass chaos following war, natural disaster, etc., many would likely become protective of their stockpiles of supplies and weapons and may not be so good-hearted anymore. They’ll be scared, paranoid, possibly traumatized (and now fearfully fast to the trigger) from being attacked or robbed in the days following the first day of the disaster (or disasters) that struck their area.If you and your family are not trained gun owners right now what will you do to protect yourself against armed bandits / predators / roving street gangs when or if this time of chaos takes place? Let’s discuss that.

What If … Hell Unleashed

Let’s also discuss – if this is the “Tribulation” that we’re dealing with – the Bible’s words that warn us in Revelation that one of the first ways many will die will be at the hand (or I should say teeth and claws) of wild beasts. This I hope will give every confident, gun-ho “../survivalist” who has armed himself with guns and supplies and a knowledge of living off the land something to think about. You may not believe in God but that doesn’t mean that he isn’t up there. 600 years ago you might have thought the world was flat. Most people did.Let’s consider for a moment the dark days ahead our nation faces is due to the hand of God (passing judgement for our nations sins).

How People Have Died In The Bible

In the Old Testament (recording the years of the Israelites before Jesus was born) men have died after being attacked by wolves, lions, and even bears (2 Kings 2:23-25). (Others have been delivered by God because they chose to live by faith). Look at this verse from the Bible:Therefore a lion from the forest will attack them, a wolf from the desert will ravage them, a leopard will lie in wait near their towns to tear to pieces any who venture out, for their rebellion is great and their backslidings many.
– Jeremiah 5:6

For much of history, man did not have a gun. He protected himself through other means, typically weapons fashioned from rock, bronze, and later steel. Today I want to get you thinking about which is the easiest and most effective weapon to make from materials on hand, whether from a nearby stand of woods or simply from a scrap heap of timber and metal at a nearby area of industrial buildings.

The weapon we recommend is the spear. The spear has been used in centuries past to bring down large game, and is even used still today in parts of Africa to kill lions.

You can kill lions, wolves, and bears with a spear – or I should say, a group of trained hunters / soldiers who know how to use a spear, and have made strong spears that will pierce through a dangerous animal. There are different methods for making spears. Learn and practice these.In later centuries, the spear (called a pike in one recent century) was used in warfare by soldiers, and particularly effective when used in a trained formation, where a number of soldiers (in one instance) would crouch with spears pointed up at an angle, with other soldiers standing up straight behind them with spears pointed forward (click on the previous link to see a photo). Whether against man or beast, this can be a very effective way to combat a charging enemy.

“The Pike was one of the most commonly used weapons on the Civil War battlefield. The pike was a long wooden shaft with a steel point on the end. They were cheap to make, soldiers required very little training to use them and they could be very effective especially when used in a group. Pikes were supposed to be sixteen feet in length but often soldiers sawed a few feet off the ends to make them easier to carry.The Pikemen often formed the front line of an army. Operating together they had to lower their pikes to prevent a cavalry charge from breaking the ranks. The cavalrymen’s horses would be injured by the pike and would fall to the ground unseating his rider who would then be an easy target for the musketmen or for the sword. If the army was surrounded then the pikemen would form a circle and lower or raise their pikes to provide a ‘hedgehog’ of cover.”

So, against a group of lions, bears or wolves this may prove to be highly effective.

But what about humans? How does the pike hold up? If all your opponent has is swords and clubs (and a couple of spears of their own) this would probably do well against a charging group. However, the only time this isn’t going to be effective would be up against a group that had a gun (or guns) – and this is where trained archers (or even your own sniper with a long range rifle) would come in handy.

Let the enemy see your group with spears. Let the enemy think that is all you have for weapons. Let the enemy pull their one or two guns and aim. And then let your sniper and archers hidden just fifty yards away take out the enemy’s gunners / riflemen.

Now your trained group can march forward with spears and get the victory. Well, that’s how it plays out in theory. When you’re at the point you’re training with a group of people to use spears in battle formation you’re really getting into military strategy. Think back to high school or just youth sports. That huddle out on the football field you did so many years before is going to come back and turn into something else – it’s still going to be about offense vs. defense, but this one ends with the death of a number of dangerous people or animals.

In the Tribulation – if this is the Tribulation from the Bible we’re dealing with — many people are likely to take shelter in buildings and houses, trying to flee the dangerous animals ravaging the country side.When researching wolf traps, I read here that an effective trap (possibly just a myth, which is also mentioned) is to mount knife blades to an object, and then place flesh / blood on these blades, to bait wolves into licking them. What is said to happen is that the blades will slice up the animal’s tongue, causing it to bleed to death. In theory, this sounds like a great idea. For it to work though on multiple wolves (or lions or even bears) the thought goes that these would have to be some very strong and well mounted blades. A few of these set up around your shelter, or camp, might help tip the scales in your favor. Instead of going up against 10 or 15 beasts, after these blade traps have taken out a few maybe you’ll just have one or two to deal with.

How the Massai Hunt Lions 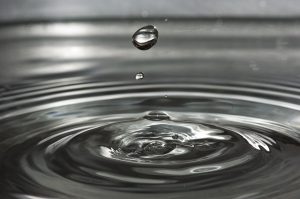 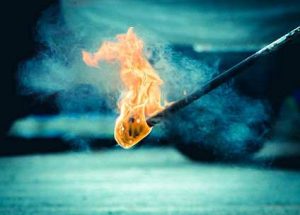 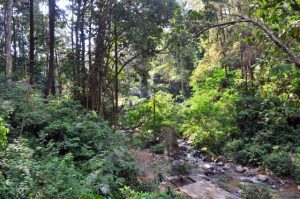 More Information about Dealing with Threats in the Wilderness

How to Signal an SOS

Spearfishing – How to Survive a Waterworld Apocalypse

More Information about Dealing with Threats in the Wilderness

How to Signal an SOS

Spearfishing – How to Survive a Waterworld Apocalypse