You are here: Home / Self Defense / Shotguns for Home Defense: Stop Criminals in Their Tracks 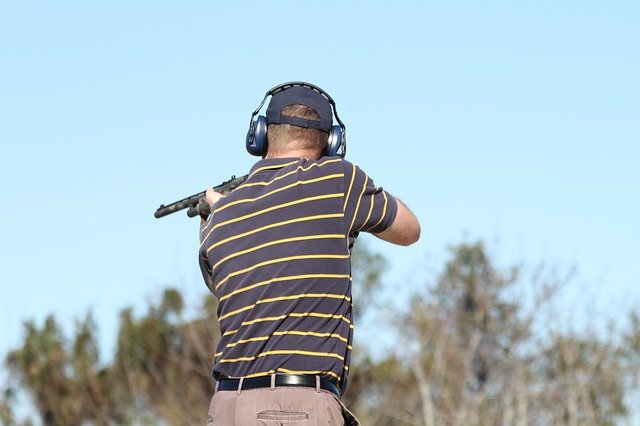 The last thing you expected to hear that night when you went to bed was breaking glass downstairs… Hoodlums robbed a neighbor two weeks ago, so you knew it was possible that they might hit your place also. Two rapes had also taken place in the last month in the area after late night break-ins.

One husband was stabbed in the back, even as he tried to turn the combination on his safe where his firearms were kept. His wife was raped. Then they slit her throat.

You made a decision a while back to forget the safe and to keep a loaded shotgun under your bed, within easy reach.

Shotguns Are Possibly The Best Gun For Home Defense

Many people use a pistol, but you’d have to pull a 9mm pistol trigger nine times to put the same kind of stopping power on an assailant as just one shotgun shell. Your kids fully understand why you have the shotgun and know not to touch it. You have gone over this several times.

Today that decision to keep your shotgun within easy reach is going to save your life. And it’s about to end a streak of violent crime that’s had the neighborhood on edge and afraid for the next attack. Before we get any further, make sure you know what to do in a home invasion (and how to prevent them). After all, actually using a firearm should be your absolute last resort.

We have an entire article about the anatomy of different types of guns here.

What About Shotgun Recoil?

As detailed in shotguns, the best felon killing home defense tool ever made, a 12 gauge shotgun is known for having a lot of recoil, and that can make people hesitant sometimes to pull the trigger, when it needs to be pulled in that moment of danger.If you would prefer to avoid the recoil, and still have criminal stopping power for home defense, you can go with a 20 gauge shotgun, even one built for a small statured person or teen. Sure, it’s physical dimensions may be smaller, but that smaller size is still plenty big enough for defending your home in a break-in.

One other plus about a smaller size shotgun: You can maneuver your gun into position a split-second faster than a larger, heavier gun. Inside a room or along a narrow hallway, you have more ease of handling as well, than a larger shotgun.

Why A Shotgun Is A Good Choice For Home Defense

It can be easy to overlook important supplies when you think of stocking up. For instance, each O-ring is important to the functionality of your shotgun because it directs gas toward the operating rod, which completes the cycle of your weapon. There are a variety of O-ring sizes out there for shotguns, and it is important you stock up with enough supplies to last.You know what’s on the line and why you need to be prepared for any emergency situation. Teach your wife and children a protocol to follow in these situations and the importance of staying calm. You may have the sheep dog mentality required for protection and preparedness, but your family’s ability to react appropriately can make the difference between life and death.

When all is said and done, you cannot put a price on proper preparation. A shotgun will not be the only weapon in your survival toolkit, but it is a staple that can be adapted to suit your needs. The shotgun is a cost-effective tool that boasts power, strength and reliability, making it the ultimate tool for any survival scenario.

More Information about Protecting and Defending Your Home

More Information about Protecting and Defending Your Home