You are here: Home / Natural Disasters / How to Survive a Comet Collision with Earth 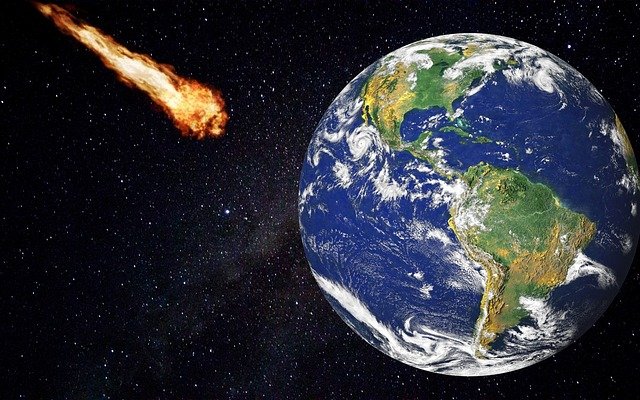 Back in 2005, the Comet Catalina 2005 JQ5 was added to NASA’s list of potentially threatening near-Earth Objects (NEO) maintained by their Jet Propulsion Laboratory (JPL). It just so happens that there are 70 such objects being tracked by the JPL. So why is the Comet Catalina significant?

Simply because Catalina is large (about one kilometer) though the reality is that measurements are difficult with comets. In other words, it could actually be bigger.

What Are The Odds Of A Comet Collision With Earth?

Fortunately, the initially calculated chances that the Comet Catalina will strike the Earth on June 11, 2085 were only about 1 in 300,000. That said, the interesting thing about comets are that they tend to fly in elongated orbits around the sun, making them difficult to both find and track accurately. The good news for humanity in general is that calculations soon afterward placed the chances of impact of Earth at 1 in 120,000,000.That, of course, is very low. Still, it is not a rule out.

Next, there is a comet by the name of Swift-Tuttle. Swift-Tuttle is a relative frequent flyer by the Earth. On one hand, scientists believe that there is virtually no chance that this comet will strike our planet anytime in this millennium.

However, some scientists believe that Swift-Tuttle will eventually strike us, even if the threat is far off.

What Is A Comet?

For the most part, a comet is an object in the solar system that orbits the sun sometimes has a coma (or atmosphere) and a tail. These characteristics are added mostly because of the effects of solar radiation upon the comet’s nucleus (the nucleus is made of rock, dust, ice, etc.).

The interesting thing is that comets’ orbits are highly variable. First, they are almost always highly affected by close calls with major planets, sometimes even being moved into orbits that destroy them due to their nearness to the Sun. One of the reasons why comets are so easily moved is because the outgassing that creates their comas and tails propels them in mysterious and unpredictable ways.

Which, of course, is a major reason why it is so hard to validly estimate their orbits (oftentimes comets are lost to us). That said, if they can be ‘lost’ then they can surely be found. In other words, a comet that is thought to not be a danger to Earth could conceivably become one with little notice.

Last, it would seem important to note that in one instance, a comet was found to orbit a planet, not the sun. Back in 1994, the Comet Shoemaker- Levy 9 (SL9) collided with Jupiter. Interestingly, this provided scientists and humans with the first direct observation of planetary impact by a comet. Of course, the incident allowed scientists to learn much about such a happening. But beyond that, the comet also gave scientists another first before the impact.

You see, SL9 represents the first comet known to man that orbited a planet (in this case, Jupiter). Thus, it became the first known comet not necessarily tied to the sun in a big way, lending credence to the highly variable paths of comets in general.

The Comets Catalina And Swift-Tuttle

In the end, the Comet Catalina (named ‘Catalina’ because it was discovered by the Catalina Sky Survey) is unlikely to impact Earth. But when one considers the fact that it was only recently discovered, the difficulty finding and judging paths of comets is underscored. In other words, what if another planet’s atmosphere sends it on a slightly different path than scientists have estimated?

Well, let’s put it this way: If Catalina were to impact Earth, and our initial calculations regarding its size are correct, then it would produce a 6 gigaton impact.

Such a happening is truly hard to comprehend.

On the other hand, Swift-Tuttle, according to calculations, will not impact the Earth anytime this millennium. That said, it will pass by rather closely in and around 2126 (unless we’re wrong). Further, Swift-Tuttle maintains a size of 10 kilometers. Thus, if it were to impact our planet the results would be catastrophic.

Said another way, the impact force would be 1 billion times as powerful as the atomic bomb that touched down in Hiroshima. It would cause another Ice Age. And the worst part is that some scientists believe it is only a matter of time when it comes to Swift-Tuttle. The good thing is that when they say this, they mean a long time.

Here’s to hoping that nothing like this ever occurs.

Tips For Surviving A Comet Impact

If the comet striked in the ocean and you live anywhere near a coastal region, you’re likely going to be wiped out by the massive tsunamis that role across the earth. Sorry, no survival hear.

If the comet strikes a continent, and it’s a continent that you live on, the only way you possibly survive is if you live, far, far away from the impact, which will kill just about all life within hundreds and even thousands of miles.

Dust and dirt and gases will be kicked up into the atmosphere, blocking out the sun, likely across the entire earth for many months. Temperatures will drop, and the earth will experience an “ice age”, where snow and freezing temperatures are the norm. Plants, animals, and lots of people will die, unable to cope with the sudden severe change to the earth’s climate.

Please refer to our articles on winter survival for specific tips for surviving extreme winter conditions (use search bar at top of site), as well as articles on surviving famine and mass extinction. It is too much information to cover here!

How to Survive Mass Extinction

How to Survive Mass Extinction