You are here: Home / Natural Disasters / How to Survive The Bird Flu 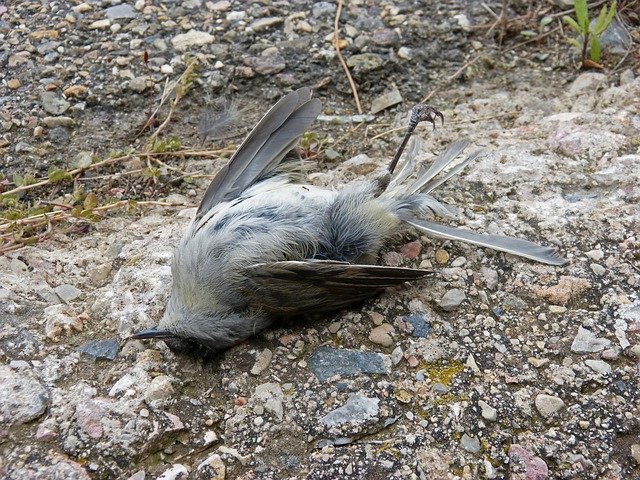 Bird Flu – It’s a flu for the birds which may end up killing us as well. What are disaster coordinators doing to prepare for a bird flu pandemic that could kill millions of people around the globe?
Disaster coordinators from Pacific Rim countries are discussing ways to head off a possible a flu pandemic spread by human contact with birds and chickens. This influenza is called the avian flu — otherwise known as the bird flu.

Health officials are concerned about this flu, which has spread to birds in 16 countries, infected 121 people and killed 62, according to the World Health Organization.This strain–known as the H5N1–does not appear to easily infect people. But health experts fear it could mutate and acquire the ability to contaminate great numbers of individuals.

In The Last Century, There Have Been Three Deadly Pandemics That Have Killed Millions

There have been three such pandemics in the past century, and many global health experts estimate the world is overdue for another such epidemic or pandemic (here’s are some things you need to survive a pandemic).Three outbreaks occurred in 1918, 1957 and 1968.

The 1918 “Spanish flu” pandemic killed more than 500,000 people in the United States and up to 50 million worldwide–in both cases worse numbers than those killed by the carnage of World War I.

What Is A Flu Pandemic?

So just what is a flu pandemic? It is a global outbreak caused when a new form of the influenza A virus emerges which can be easily spread between humans, or an older form has re-emerged after a long time. The pandemic can be lethal because our immune systems have not been exposed to the strain in decades, and hence offer little protection against the new virus.As a result, on November 2, 2005, President Bush announced that he would ask Congress for $7.1 billion in emergency funds to prepare the United States for a possible flu pandemic.

Bush stressed that there had not yet been a major outbreak in the United States or in the rest of the world, but added that health officials must be ready.

“A pandemic is a lot like a forest fire,” Bush said. “If caught early, it might be extinguished with limited damage; if allowed to smolder undetected, it can grow to an inferno that spreads quickly beyond our ability to control it.”

$1 billion to stockpile additional anti-viral medications such as Tamiflu and Relenza to provide enough to treat first responders and other key personnel.

$2.8 billion for a “crash program” to accelerate cell culture technology, which Bush claims may produce enough vaccine for all Americans within six months.

$583 million for pandemic preparedness, including $100 million to help states complete and exercise their pandemic plans.But that’s not all this president is fighting for. Currently, scientists must wait until a new strain of influenza emerges to create a vaccine; this allows them to know what they’re dealing with, and how to create a vaccine which is both safe and certain to fight the disease. Once these factors are known, scientists then use chicken eggs to grow the necessary antibodies.

“In the event of a pandemic, this antiquated process would take many, many months to produce a vaccine,” claims the president. “And it would not allow us to produce enough vaccine for every American in time.”

He is therefore calling for the quick creation and use of new drugs which have not been put through normal safety procedures to flood the market.To ensure this plan is allowed to bear fruit, the industry-friendly president said he will ask Congress to pass legislation that would limit legal liability of vaccine makers to encourage more improperly tested drugs to enter the market–in short, a ‘get-out-of-jail-free-card’ which will allow the drug industry to experiment on the American people virtually free of safety concerns and constraints.

If this seems like cutting off one’s nose to spite one’s face, you would be correct. Of course this president will resort to the bald rhetorical trick of the ‘false dilemma’ to make his point, saying that we must either choose between often untested, unknown drugs created by companies which no longer have to worry about our safety, or that we can do nothing at all.

It is a bit like insisting that we must either immediately hire police officers and judges without any previous knowledge of their character and abilities, or that ‘chaos will reign’.

U.S. Drug Supply Too Small To Help General Population In The Event Of A Bird Flu Pandemic

The truth appears far more prosaic. America currently has only one drug manufacturer making a tested, known vaccine which may at least retard the flu’s effects; this means that the U.S.-controlled supply is far too small to be effective for the general population.The most immediate alternative would be to quickly spend untold billions buying similar vaccines from other countries and their businesses. But this could put a hard demand on already strained resources, drastically raise prices for those tested drugs, and–perhaps most damning of all to a career politician–be a tacit admission by an already weakened president that he has aided in exporting America’s ability to protect itself.

That kind of display he don’t need.

This is not to say that every political player may be playing fast and loose with our lives in the hope of saving a few of us. Trust for America’s Health (TFAH), a nonpartisan public health watchdog group, issued a June report stating that by 2006, the federal government may well have enough proven anti-viral pharmaceuticals to treat 5.3 million people.

Millions Have No Access To A Bird Flu Vaccine, At Risk

But according to numerical models, there still would be more than 60 million at-risk people without access to vaccine.There’s another catch: The American health care system does not currently have either the information infrastructure or federal standards needed to effectively combat a flu pandemic, say leading health experts.

The heart of the problem is not tracking influenza, but getting crucial information on outbreaks to doctors and local emergency responders and then back to crisis planners, says Tara O’Toole, director of the Center for Biosecurity at the University of Pittsburgh.

“Right now we have a very clunky system to allow the medical [community] to communicate,” O’Toole said. Digital patient data would help mitigate the problem.

“Electronic health records are a matter of national security,” she added.

Unfortunately, experts add that local governments have few dollars for such planning. This means little has been done to prepare for an avian flu outbreak.

“Hospitals are not well-integrated into disaster preparedness plans,” O’Toole said. “They are not ready.”

Experts also agree that containing such a pathogen is nearly impossible given modern travel habits.

Quarantine “Is Not Going To Work” To Contain Bird Flu

“A quarantine is not going to work in containing this flu,” O’Toole said. Instead, government officials and health workers are hoping they’ll spot an outbreak early and curb it through the use of limited anti-viral drugs if it occurs this winter.But “communities, in large part, will be on their own,” says Pat Libbey, executive director of the National Association of County and City Health Officials. If a flu outbreak reaches epidemic proportions, every U.S. community will go on red alert, but the current federal government “can’t come in and take over,” Libbey said. “The math alone just doesn’t work.”

The federal role during such a pandemic would be largely policy-oriented and advisory, Libbey and local health officials explain. For instance, the government would distribute vaccines–although one doesn’t yet exist for the H5N1 strain of bird flu that would probably show up here–and would provide extra emergency medical supplies, when possible.

The federal government could mitigate the severity of an epidemic by setting standards for pandemic care, and by helping local officials understand the circumstances under which they should take dramatic action.Dr. Howard Backer, the interim California state public health officer, says U.S. states and localities “have gaps in all our major areas of response.”

What Can You Do To Protect Yourself From Bird Flu?

So what can you do to protect yourself? Without a vaccine known to combat the disease, you should employ what will keep this influenza from having its full effect on you, and what will keep it from spreading throughout the community.

1.) Use what vaccines we do have, which are known to combat similar flu strains. Also, the U.S. should swallow its pride a bit and realize who has the best vaccines. A good bet may be to offer such companies a deal similar to the one American drug companies have with the African continent, where, for a certain determined price, companies allow the manufacture and use of generic drugs based on the name vaccines. This would allow immediate heavy production of effective drugs, without raising prices or scarcity through the roof.

2.) Update our information infrastructure and federal standards for the new age. Our democracy is supposed to “promote the general welfare”; and when it doesn’t, the fault is entirely ours.

We need to push people in the Capitol to think of someone other than themselves for a few minutes. And again, when they fail to do that, the fault is entirely ours.

Top 11 Things You Need to Survive a Pandemic

How to Survive a Pandemic Flu or Virus Outbreak

Top 11 Things You Need to Survive a Pandemic

How to Survive a Pandemic Flu or Virus Outbreak