You are here: Home / About Secrets of Survival

My name (it’s not my real name) is Sean. Some people call me the Secretive Survivalist. I’m here to help you learn how to survive anything.

Why I Use a Psuedonym

You might be wondering if you can trust someone who uses a pseudonym. In my opinion, when it comes to information about prepping and survival, you shouldn’t trust anybody who uses their real name unnecessarily. Anybody who’s willing to give away their real identity online clearly doesn’t care about privacy.

In my many years of prepping and survival experience, every person I’ve met who’s serious about survival has been a pretty private person who was interested in keeping to themselves – folks who know what their talking about don’t want notoriety.

Privacy is what protects us from rogue governments and bad actors. While you might trust the government right now (or maybe you don’t), the possibility is always there that an authoritarian tyrant rises to power. It’s happened in many, many countries, and it could happen in the US (or wherever you’re from). If that ever happens, I’d rather the government not know who I am or what I’m up to.

In any case, you can think of me as Sean, the Secretive Survivalist.

What is Secrets of Survival

Secrets of Survival is a site dedicated to a common sense, practical approach to survival and prepping. In the past decade or so, the rise of the “survival television program” has lead to an explosion in interest in the things that I care the most about, but so much of the information is sensationalized and unnecessary. Just think about Bear Grylls – he’s former special forces so he definitely knows what he’s talking about, but the stuff he teaches on his show is over the top and not useful. It becomes a case of “how can Bear Grylls get out of this situation” rather than “Here are some useful survival skills you can learn”. This site was started to combat this kind of sensationalism.

Basically, if your goal is that you want to know how to live through a range of different survival scenarios (think wilderness mishaps, a natural disasters or a political/societal upheavals), then you’re absolutely in the right place.

About Sean “The Secret Survivalist”

I’m the editor and head writer for Secrets of Survival. Some of my best childhood memories involved camping and the outdoors, and I’ve also held a lifelong fascination with self defense. Unsurprisingly, those two hobbies led me down a path towards an interest in survivalism and prepping. I have been engaged and learning about survival since I was a teenager, and nowadays the areas of survival that hold my attention the most are: primitive survival skills, food preservation, and self defense.

My philosophy of survival revolves around the survival rule of threes, and nowadays the most important thing for me is that I have confidence in my ability to meet my family’s basic needs if I’m ever faced with a survival situation. These days, my goal, regardless of what the world looks like, is to be able to provide for my family and keep them safe. That means I need to be prepared to provide for them even in a disaster scenario where “modern life” no longer exists.

I also strongly believe in the importance of maintaining privacy and anonymity as a method of protection from both the government and large corporations. The more they know about you, the more you can be exploited. That’s one of the reasons why I choose to write under a pseudonym here.

The Other Survival Experts Who’ve Written For Us

Sam Coffman is a former Green Beret (Special Forces) Medic, survival instructor and the founder of The Human Path Survival Academy & Herbal Medics, a non profit organization. Sam is an expert in all things survival but has a particular focus on wilderness first aid, herbal medicine, and wilderness and off-grid survival. He spent 10 years in the military where he served as a linguist, an interrogator, and a special forces medic. He has also written a book, “The Herbal Medic“, which is available on Amazon. The Human Path is a survival academy located in San Antonio, Texas.

Madison Parker is a former Navy SEAL from the Vietnam era. He has been involved in training SEALs, law enforcement and other organizations in wilderness and survival skills since 1996. His instruction focuses on truly primitive settings – most of what he teaches can be accomplished with nothing more than a knife – this includes the building of trap and snares, fashioning vessels for collecting water, improvising fishing hooks, and much more. He also sometimes leads teams of his students on ‘tribal’ hunts, where everything is improvised from scratch, including the weapons and traps.  Parker is particularly well known for his prowess with the slingshot in primitive survival situations.

Jerry Ward is the owner and operator of Ozark Mountain Preparedness, LLC located in Berryville, Arkansas. He has been teaching survival skills since 2004 and opened Ozark Mountain Preparedness in 2010. Before becoming a full-time survival skills instructor he worked as a rock climbing guide, wildland firefighter and gunsmith. Jerry studied wildlife biology at the University of North Carolina at Asheville. He is an avid fur trapper and student of history. His outdoor pursuits have taken him all around the United States and abroad, including fur trapping in Alaska, fighting wildfire in the American West, researching primitive cultures in the Desert Southwest, trekking the rainforests of Belize, and exploring the Highlands of Scotland. He has been featured in numerous publications, including Currents and American Survival Guide magazines. Jerry is a member of The Wilderness Medical Society and The Society of Primitive Technology.

Rick Austin, also known as The Survival Gardener, is the author of Secret Garden of Survival – How to Grow a Camouflaged Food Forest. He’s a leading expert on homesteading and survival gardening, and has been featured on the shows Doomsday Castle & Doomsday Preppers on National Geographic and has also appeared on PBS as a survival expert. You can also meet Rick at Prepper Camp, an annual survival, prepping, and homeseading event that Rick is involved with.

Dan Sullivan is an author and creator of Survival Sullivan, a popular survival website. He learned much of what he knows about self sufficiency and survival from his grandparents. He lives in Romania (and lived through the 1989 Romanian revolution as a child). Due to his background and his family’s involvement in the military, survival has always been in the back of his mind. He’s been an active prepper since 2014, and has been writing about it on his website Survival Sullivan ever since.

Some of our other contributors

… and many many other expert writers who are dedicated to providing the best survival content on the web.

If you’re interested in writing for us, go to this page and see if you have what it takes.

I highly recommend that you join our crisis newsletter. You can do that below:

Sign up for the Crisis Newsletter
Sign up for our free email newsletter packed with survival tips and tips on preparing for widespread disaster. Topics include survival foods, government collapse, survival gear, living off the land, self defense, survival hunting, survival fishing, and MORE… 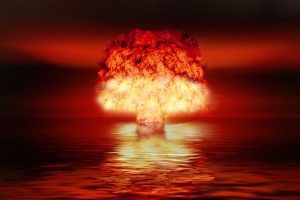 I hope you enjoy Secrets of Survival.